Remember building model houses and ships as a kid? I do. It was somewhere between childhood and adolescence or maybe when technology took over that we lost touch with this art.

And as adults, we’re seeing modeling shops become a thing of the past. But…there are still some really awesome model kits for adults out there.

Either way, going back to it as an adult has been great for me. It’s something I can do with my kids, my wife, and even with a few friends. I take out a half an hour here and a few minutes there for this task.

In the end, when I put the model up on a shelf or a table, it’s worth the time spent. The joy of building something to add to your home is just incredible. Today, you can’t find time to carve out a piece of metal or wood for yourself. This is the next best thing.

Our Favorite Model Kits for Adults 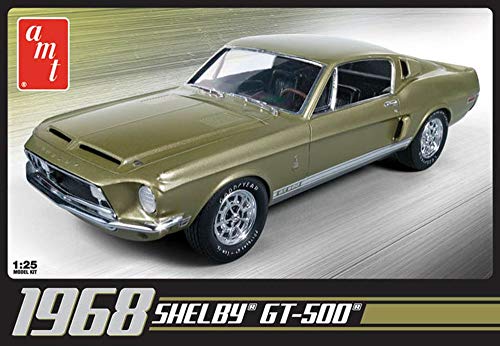 Are you a fan of cars? Are you in love with old hot wheels from the 60s and 70s? If not, what’s wrong with you? These are some of the most iconic cars ever built.

For the rest of you, this is the perfect modeling kit for your nostalgia to burst out and take control. Think of this less as an excuse to build 3D models and more as a window into your childhood.

The 1968 Shelby Mustang is the landmark of a time when Ford was known for being the fastest car ever. This was the time when Ford had outpaced Ferrari at the 24-hour Le Mans in France for two years in a row.

Looking at the label just makes you nostalgic. You can almost smell the paint job and feel the engine purring.  Feel free to pop this baby up on the fireplace when you’re done building it. 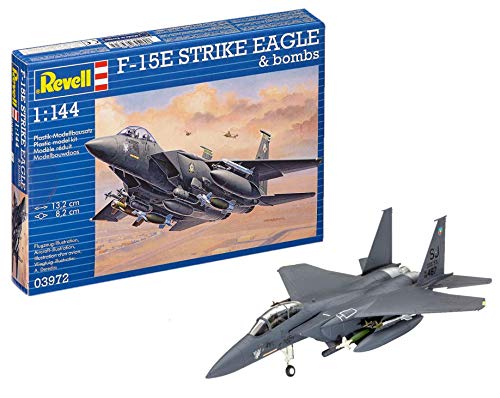 This is for the air force fans in the audience. You needn’t have flown one of these babies to want to build a model. Hell, you could’ve just seen the original Top Gun and known the thrill of the speed.

If you’re feeling the need for speed, then there is no better model airplane to assemble. The F15E Strike Eagle kits come in a classic grey but the suggested paints include White, Steel, Silver, Gloss blue, Leaf green, Gunship gray.

If you don’t already have one, you’ll want to get a model building tool kit (like this one) before completing this model.

Build it with your kids after watching Top Gun or Pearl Harbor. Just don’t let this baby gather dust. It deserves to be built and put on display. 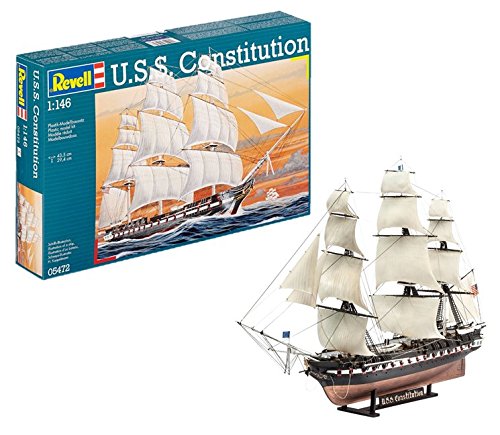 This set comes to you right from the Smithsonian Institute in Washington, DC. It’s a legit model of the USS Constitution from the old US Navy. It’s a miniature model of the oldest commissioned naval vessel that is still afloat.

You don’t have many of those lying around still. For the history buffs, this model will leave you salivating. For the rest of you, it’s still a great decoration and a great way to pass time with your kids. They can learn about history, and you can relax with them while you assemble this beauty. 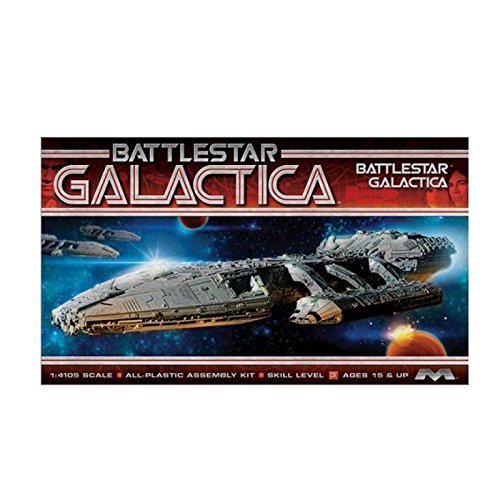 Even if you haven’t seen the original series, you must’ve heard of Battlestar Galactica. This vessel is from the original run of the series in 1970. That means it is one generation after Star Trek and one before Star Wars. It’s a nice little transition between the two greatest space franchises on Earth.

Even if you’re not a sci-fi fan, which you should be, you can appreciate that. The level of detail and the craftsmanship on this beauty is astounding. Not only is it a great piece of 70s memorabilia, but it is also one of the best model kits out there.

The detail on this thing is close to the one on the USS Constitution. Granted, the latter was a real ship, but this carries much greater nostalgia for present generations.

Who cares how many parts this one has? The finished product is just too cool to ignore. 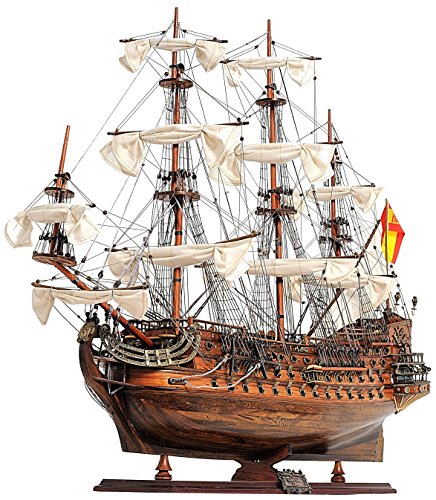 Warning…this model is beautiful but pricey. Just looking at that model must be intimidating for some of you…wimps. For those brave enough to take on one of these kits, it just may be the best model ship you’ll ever build.

The shine and the flooring on this model are mesmerizing. That’s not by accident either. It’s made with rosewood, mahogany, teak and other tropical wood. It’s the finest materials combined with the finest craftsmanship. If the designers put so much effort into building the parts, you could do them the courtesy of assembling them.

The mast and crow’s nest and sails all reek of old-world naval exploits. Tell me that doesn’t remind you of Pirates of the Caribbean. It’s one of the most complex model kits for adults I’ve ever seen.

I couldn’t help picking one up for myself. This just may be the most challenging model ship you’ll ever build; that’s why it’ll feel so good completing it. 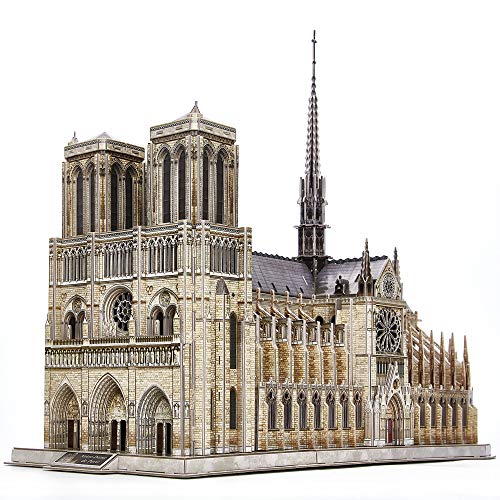 This 1:250 scale 3D model of the historic Notre Dame De Paris. The detail in this model is absolutely breathtaking.

From the stained glass rose windows to the intricate stonework surrounding it – building this model is the next best thing to actually visiting!

The model opens a full 180 degrees to showcase the beauty it holds inside as well. 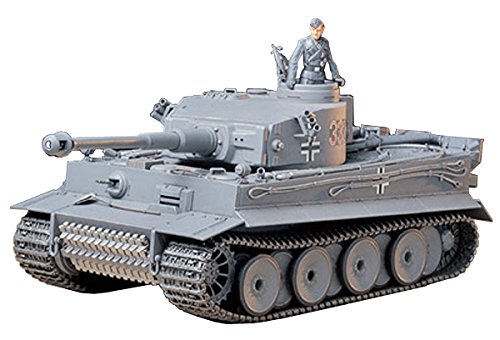 The Tiger I is one of the most revered tanks in war history and makes for one of the coolest model kits for adults. It was used by Germany in WWII to wipe out their enemies. While it was used for evil back then, it’s still recognized as one of the most outstanding engineering designs ever.

Just think of all those cogs and wheels turning while the Tiger crushes all the forces that stand against it. You may just get a kick out of positioning all the ships and cars that you’ve been building alongside this. What war scene is complete without a tank anyway?

It’s also one of the few large scale plastic scale model kits without any aluminum. It includes decals and a commander figure which looks suspiciously like the evil Hitler himself.

This piece can serve as the enemy when you finish up your war scene display with ships and spacecraft. 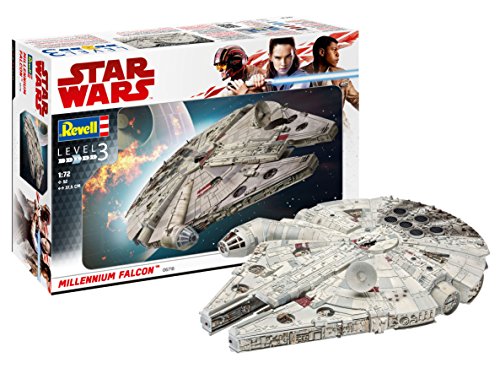 While fans may be divided on the reception to the new trilogy, the Millennium Falcon will always remain iconic. Han and Chewie swooping down to blast Darth Vader’s bomber and blasting him into oblivion are still so iconic.

Think of that while you’re building possibly the most iconic ship in the history of science fiction. The Falcon’s model is incredibly detailed and is great to build with children of all ages.

The model has 69 parts included and is pretty easy to build. See if you can clear the Kessler run in less than five parsecs after you’re done building this baby. 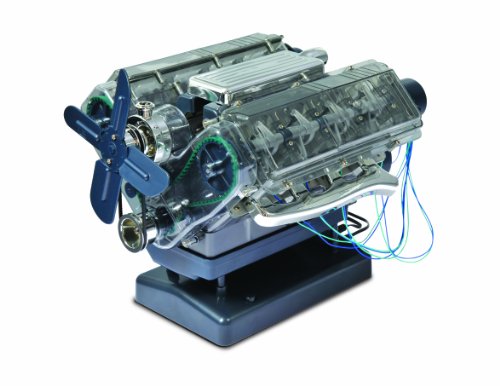 This scale model has over 100 parts, as it should. Building the V8 engine is no joke. It even simulates a real motor and features ignition sounds and light up spark plugs. If you’re interested in cars in even the smallest capacity, this should be a treat for you.

While the engine rumbles you can just feel the wind in your hair. You can feel it while you’re building this baby. Just imagine this attached to the car of your dreams and you cruising down the highway. God, why did we ever come out of the 70s?

You will need to put in 3 AA batteries to run it though. Otherwise, all the tools and parts you need are in the box. 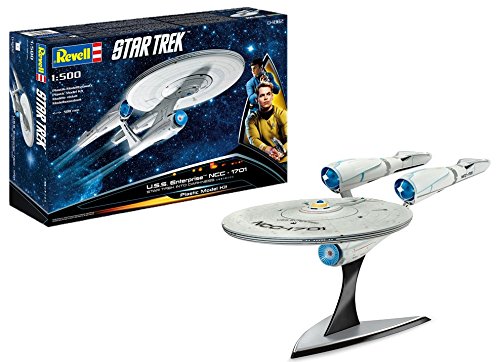 This baby measures nearly 2-feet (60cm) in length and is the only model ship to rival the Millennium Falcon. This is the Falcon for Trek fans.

No one wants to start a fight here, but one is far more iconic than the other for some fans. I’m not going to say which. Whichever side of the fandom you lie on though, this is a great model to build.

Not only is it sleek and beautiful in its design, but it will also stand out in any corner of your room. If you’re into model building and sci-fi, you need to have this in your collection. It’s not just an iconic piece of sci-fi history but also a piece of American history.

The model has 91 pieces hand a matte white finish that you can’t take your eyes off.

When a model kit says it’s a 1/32 or 1:32 scale model it means that 1 unit of measurement on the model is equal to 32 units on the object being modeled.

What are scale models used for?

Scale models are size accurate representations of various things from cars to planes, trains, and characters, miniaturized. For the most part, they are used for entertainment by hobbyists.

Once the model is complete it is usually put out for display. Model builders also enjoy collecting them.

I'm a hobby enthusiast with a real love for painting miniatures. I also happen to run this site and write the majority of its content!
PrevPrevious
NextNext