No hobby can seem more daunting than the world of military model kit assembly.

Many experts will continuously warn newcomers of the patience required for such a task. At a glance, this does sound scary.

The tiniest mistake can offset the hours of hard labor slaved over a single kit, but this is only due to the fact that most consumers don’t have an accurate gauge of a model kit’s difficulty.

With these three plastic military model kits, all newcomers will be able to develop a love for this hobby.

In time, a novice can gradually build their confidence and skill to match even the most seasoned of veterans. 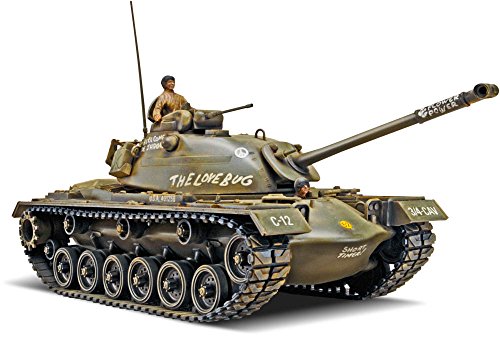 Named after the esteemed General George S. Patton, the M48 Patton battle tank was widely used by both the U.S Army and Marine Corps during the Vietnam War.

The A2 variant, established in the 1950s, rapidly became a great successor to the previous model.

This was in part due to an improved power pack, upgraded transmission, redesigned rear plate, and improved turret control.

All these features and more are clearly seen with the Revell 1:35 M48A2 Patton Tank kit.

While the 152-piece assembly may seem intimidating at a glance, many reviewers boasted the ease of accessibility for this tank.

This was definitely noted by parents who bought this kit as a gift for their children.

Most stated that their children diligently jumped on board and became engrossed by the entire assembly process.

One reviewer went as far as mentioning that the whole exercise helped improve their child’s fine motor skills, reading, and troubleshooting abilities.

Most reviewers have also gone into great lengths complementing the ease of customization for each tank. With the right paint set, anyone can individualize their tank to their own specifics.

Want a tank that goes against camouflage tactics? By all means, express yourself.

The only limiting factor is the assembler’s imagination.

If you’re an interested novice or a parent with an inquisitive child, then this Patton tank by Revell is absolutely the right purchase to dive into the world of model kit assembly.

Just be warned that once they start, it may be hard for them to turn back. 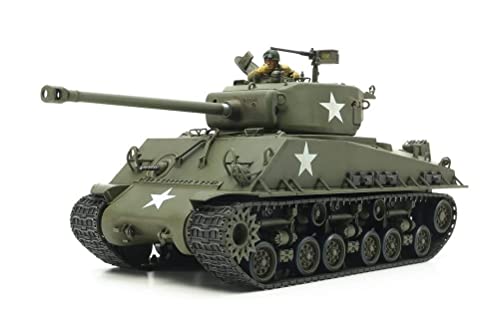 Regarded as the “symbol” of World War II, the Sherman “Easy Eight” tank established itself as a force to be reckoned with.

The “Easy Eight” nickname was given due to the relatively smooth driving and handling of this behemoth.

This was afforded by the horizontal volute spring suspension (HVSS) system that was created to endure all types of terrain.

Packing a newly mounted 76 mm gun, this tank made its debut at the Battle of the Bulge during the winter of 1945.

The reputation of this tank carried it forward in combat with various battles throughout the Korean War.

One interesting tidbit is that the tank even had a starring role in the 2014 hit film Fury.

The assembly of this kit can further be described as “fury” by the meticulous craftsmanship applied to its features.

The model includes such features as:

Now you can build and be the proud owner of this renowned tank.

This model kit is defined by the simplicity, accuracy, and flawless fitting of each part by most consumers. Many reviewers also raved about the lessons gleaned from the assembly process.

Most hindrances were due to mistakes made by the assemblers themselves, yet each slip-up acted as a valuable training tool to improve their skill.

This is wonderful as amateurs to the craft will be able to boost their skills while experts will marvel over the finer details bestowed upon this tank.

Whatever skill level you find yourself, you cannot go wrong with this purchase.

Most consumers enjoyed this product so much that they even bought the U.S. Tank Crew Set. This set, depicting 6 soldiers associated with the European Theater, will greatly enhance the overall aesthetic of the tank.

True to the Tamiya brand name, this kit received great reviews. You can read for yourself what customers are saying here.

This model kit can serve as a shining status of exemplary craftsmanship for those seeking to step up their skills. 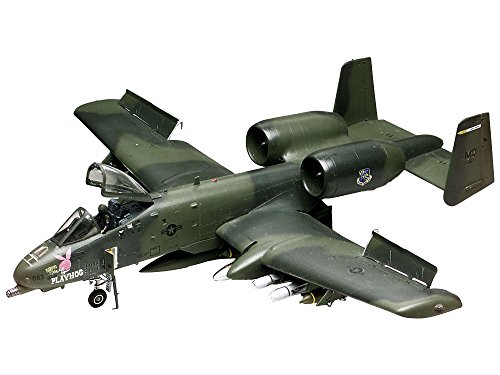 Labeled as the “Tank Buster,” the A10 Warthog was specifically designed for close air support during the Vietnam War.

Also crafted around the ability to support the newly established 30 mm GUA-8 Gatling gun, this jet was seen as an apex predator during any major dogfight.

The overall airframe of the craft was also credited for its incredible durability against armor-piercing rounds.

The legacy of the A10 Warthog carried it as far as Operation Desert Storm and the Iraqi Freedom War during the early 2000s.

True to its storied history, the Revell A10 Warthog model is the perfect kit to graduate into an expert of this hobby.

Sporting over 167 plastic parts, the kit will challenge your skills at cutting, fitting, shaping and fabricating various parts.

The kit pays respect to the detailed infrastructure by including:

It must be stated that this kit is not for the faint of heart.

As an older kit model, many reviewers made mention that they’ve witnessed slight modeling issues during the assembly process.

An aspiring kit builder might be disheartened by this observation, but any seasoned builder will point out the virtue of patience in the face of adversity.

Minor troubleshooting aside, many reviewers were still floored by the crafted detailed demonstrated with the end product.

The Revel A10 Warthog will serve as a true challenge for even the most prideful of kit builders. Nevertheless, the time and patience required will offer an experience that should not be overlooked.

Hopefully, after reading this handy guide, the anxiety for this hobby has been replaced with eagerness for the challenge.

Regardless of the skill level associated with these kits, one must be prepared to exercise due patience, especially once you realize the amount of troubleshooting in store for you.

But no great venture is ever without any hardships. Simply take a deep breath and relax.

This hobby will reward your hard work with an item that can be proudly displayed for all those who care to see it.

Now go forth and show them what you can make!