Is Paper Folding the Same as Origami?

Most of us can remember carefully making a paper airplane or fan instead of doing our schoolwork, and we’re all familiar with the traditional Japanese paper cranes, flowers, and animals.

The practice of folding paper has existed since shortly after paper was invented, and today, the terms paper folding and origami are often used interchangeably, but is that accurate?

Transforming a piece of paper into the likeness of another object has captivated both children and adults for many, many years. Paper folding and origami, while related, actually differ in several ways.

By learning more about these two separate crafts, you may discover an entirely new hobby that interests you, or you might realize that you’ve been using the wrong terminology. Either way, you’re bound to learn something!

What Is Paper Folding?

Paper folding is a much broader term than origami is and can refer to a variety of techniques employed by businesses and individuals for different reasons.

Many of the creations often referred to as origami designs fall more accurately into the paper folding category. Let’s take a brief look at the various ways paper folding is used today.

When we sit down to sort through the day’s mail, we rarely think about how all the bills, letters and advertisements were made to fit inside envelopes, but paper folding is a part of nearly all mail delivered to your home.

Leaflets and brochures are also intentionally folded to not only be a convenient size for displaying but to draw your eyes to the most critical part of the information provided.

Most of the mail you receive is actually folded by paper folding machines that can fold various types of paper into different folding patterns at incredible speeds – some more than 14,000 per hour!

Some common types of folds include:

Paper craft is another rather broad term that encompasses paper hobbies such as:

Alterations to the paper such as printing or drawing designs, cutting, sewing, gluing, or taping are often required.

Remember the engaging pop-up and pull-tab books of your childhood? Clever paper folding was behind each one.

Even the pages of regular books have been folded before being sewn together and glued into place. Book jackets too employ folding techniques.

There is also a craft known as folded book art where the outer edges of pages are carefully folded using a template to form a word or picture when the book is upright and viewed from the open side. 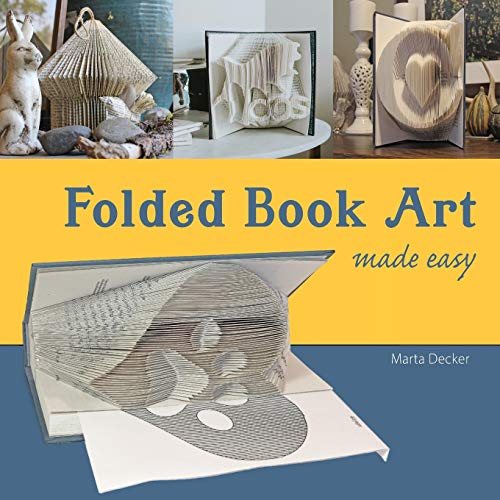 It is believed that the practice of folding paper actually originated in China, the birthplace of paper.

The Chinese refer to their paper folding art as zhezhi, and while it is very similar to modern Japanese origami, there are subtle differences as well.

Sadly, the exact history of early paper folding in China has been lost over time, but we do know of one early tradition that made use of folded paper.

According to Ancient Origins, traditional funeral rituals in China included burning small pieces of paper that were folded to represent the gold nugget currency of the time period.

In many parts of China today, this ritual is still often performed at burials.

As paper became a commonplace, very affordable item, the art of folding grew and was eventually spread across Europe and other regions in Asia, most notably, of course, Japan.

Another key difference is that, traditionally, Chinese paper folding was created to serve a purpose, such as in ceremonial burial practices or to function as inexpensive toys for children, like the famous paper water balloons.

This was in line with the frugal lifestyle of the Chinese.

The Japanese, however, tended to appreciate the complex beauty of origami and the decorative function it served.

How Does Paper Folding Differ From Origami?

The art of paper folding often involves not just complex folds but also the use of scissors, stitches, glue, tape, drawings, and templates to complete the envisioned designs.

Traditional origami, however, only allows for the paper to be folded, nothing else.

Some key differences between the two crafts include:

Origami is the traditional Japanese art of folding paper to create shapes and figures of both simple and complex designs.

In fact, the word origami itself comes from two Japanese words: oru, meaning to fold and kami, meaning paper.

Traditional origami used only one sheet of paper per creation and only permitted folding. Cutting, gluing, taping, or otherwise altering the paper in any way was neither standard nor encouraged.

A large part of the intrigue of the craft came from the incredible detail possible simply by using just one small sheet of paper.

Today, though the term origami is often used to describe a variety of paper crafts, traditionalists still refrain from using any techniques other than folding.

However, designs created from two or more sheets of paper to achieve color patterns or in complicated modular designs (multiple origami units joined together to form one large, complex shape) are now widely accepted.

Be sure to read my article “Are There Different Types of Origami” for more information on modern origami.

Historically, origami was done using traditional, thin, Japanese origami paper, which is square in shape and typically brightly colored on one side.

Some of the more common origami papers available today in a variety of sizes and colors include: 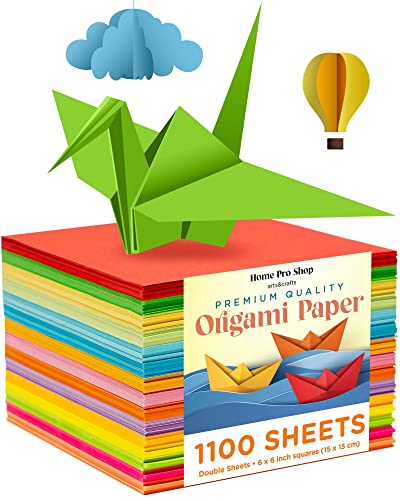 There are literally thousands of creations that can be made by simply folding a single piece of paper. The ever-popular crane likely comes to mind, but that’s really just the beginning.

Frogs, fish, dogs of all kinds, insects such as butterflies and cicadas, dragons, foxes, rabbits, cats, turtles, monkeys, and dolphins are all possible too.

Let’s not forget about the fortune-teller game, also known as a chatterbox or cootie catcher, that’s often seen being played by young children on the playground.

Though any form of paper folding can provide an outlet for creativity, origami in particular has several beneficial perks.

In fact, origami’s popularity skyrocketed when it was introduced to the newly invented kindergartens by Friedrich Fröbel, the original creator of the concept of kindergartens.

He recognized the positive developmental benefits that learning a hobby like origami could have on young children.

Benefits of origami are, however, not limited to just children. Origami can potentially: